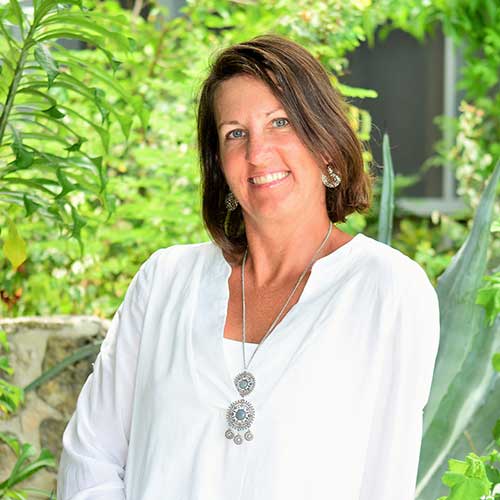 SCUBA diving onboard
Viewed 264 times in the last 30 days

Aboard C’EST LA VIE, there are so many seating and sunning options, guests can always find a private space to relax, or enjoy the party together. The master cabin occupies much of the starboard hull. There’s a private door to the aft deck, as well as steps down from the saloon. It features a queen-sized, walk-around bed and seating area. The ensuite bathroom has dual sinks, a large separate shower stall, and a vanity. The three other guest cabins are ensuite with queen beds. **(There is an additional charge of $3,000 for use of the 4th queen cabin)

Ride high up on the flybridge for sea breezes and unobstructed views. It is perfectly designed for a group of friends, or a family getaway. There’s a seating and sunning area with a folding-leaf dining table to starboard, an outdoor kitchen and bar, and generous sun pads. In the hardtop, there is a folding fabric sunroof to optimize or minimize the amount of sun coming through.

*For Rates, see PRICING Tab below – Holiday weeks may differ, please enquire! $3,000 charge for use of 4th queen cabin. 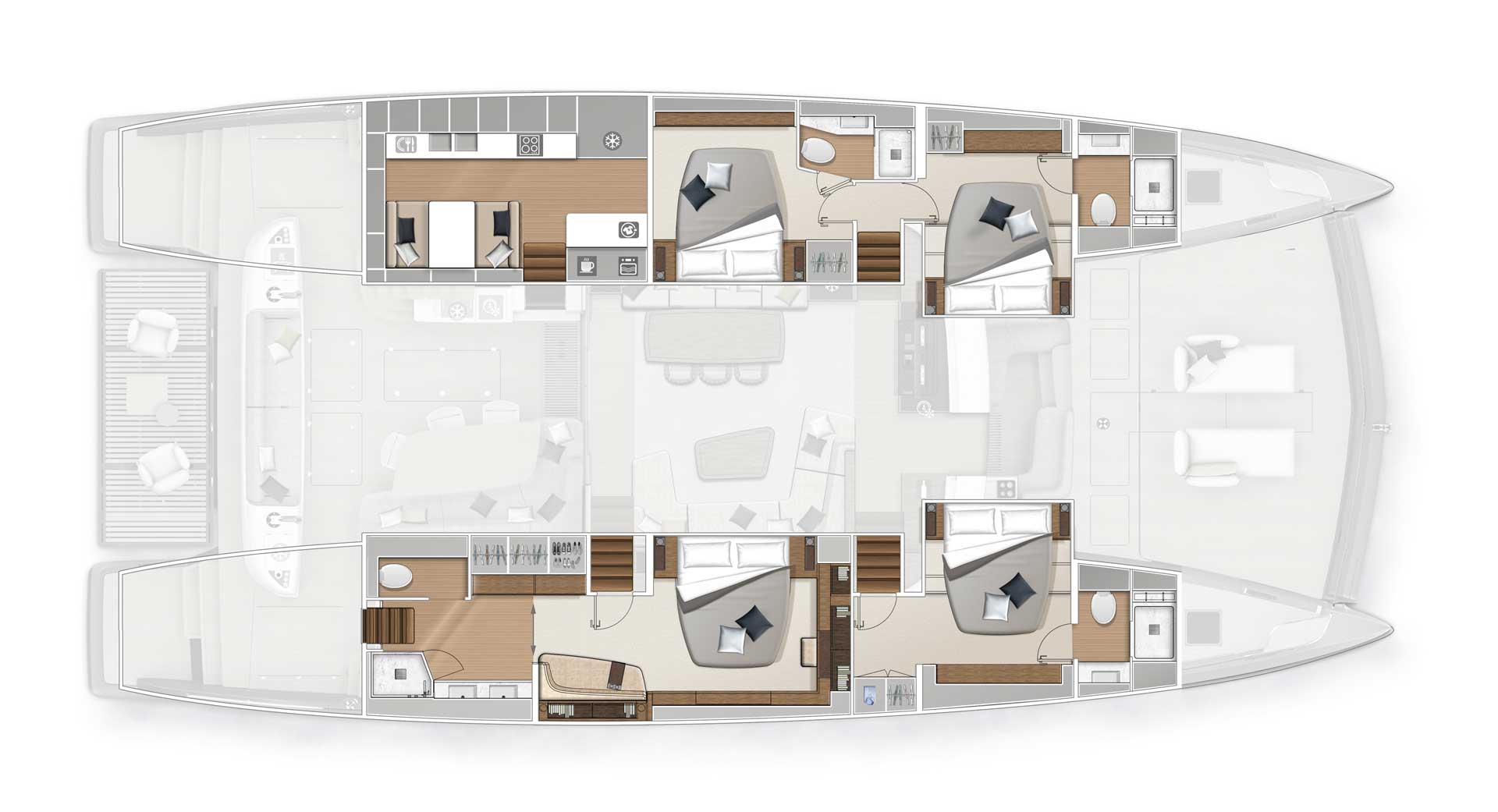 Originally from Zimbabwe, Robbie (right) was brought up on a farm with a love for the outdoors, sports, and a keen sense of adventure. His hobbies also include golf and darts but his favorite from a young age was and always has been fishing, whether it’s the freshwater or deep sea. After school, he moved to South Africa to play professional rugby, but it was not long before he decided on it being an unlikely permanent career choice. He turned towards scuba diving instead, despite the cold waters of Cape Town, and worked his way up to becoming an instructor. After a few years of this, Robbie grew keen to search for warmer water to dive in and accepted a job in Raja Ampat, Indonesia. The travel bug set in, Captain’s ticket in hand, and many nautical miles later, there is nothing that Robbie loves more than finding new places to have fun in, both above and under the water.

Born and raised in the landlocked country of Zimbabwe, Sofia’s love for water originated whilst growing up as a national swimmer and Waterpolo player. Working throughout studying within restaurants and catering, gave her an opportunity to build up experience in hospitality, develop professionalism within the service industry and most of all appreciate different cuisines. After graduating from the University of Cape Town, South Africa with a Social Science degree, Sofia realized she wasn’t motivated toward a formal office setting and sought a career in which she could combine her love of travel with learning new skills. Discovering the world of yachting she has since worked in the Mediterranean, Australia, Indonesia, Florida, and the Caribbean. Being able to explore new places and gain a passion for cooking along the way has been a dream realized.

Robbie and Sofie met in Singapore, soon found a common ground of similar roots, and have been working together within the industry since then for the last 5 years. Their combined passion for food, travel, and most of all the ocean has brought them together to love what they do. They have been lucky enough to get to know some extraordinary, remote locations around the world but also appreciate being able to share time with family and friends in their home country, Zimbabwe.

As a team, they love being able to entertain, share stories and meet new people to learn theirs. Robbie and Sofie are keen on keeping charters light-hearted while making it a priority to go above and beyond so that their guests always have the adventure to remember.

Completing the trio, Dean (left) too is from Zimbabwe, and like most ‘Zimbos’ he has a passion for the outdoors. He thoroughly enjoyed sports throughout school which afforded him a position at the University of Pretoria, South Africa for his tertiary education studying Sports Science. He soon got the bug for traveling and particularly wanted to pursue his passion for sport fishing. He then joined a traveling sport fishing boat in 2013 and hasn’t stopped moving since. Dean got his Captain’s License shortly after that and started driving boats in remote areas. He has had the pleasure to fish competitively and recreationally in all oceans with some of the best crews in the world and gained a huge appreciation for the ocean and all things Maritime. Most of all, Dean is dedicated to providing the best service and experience that can be had on the water, learning from others, and imparting the knowledge that he has gained. 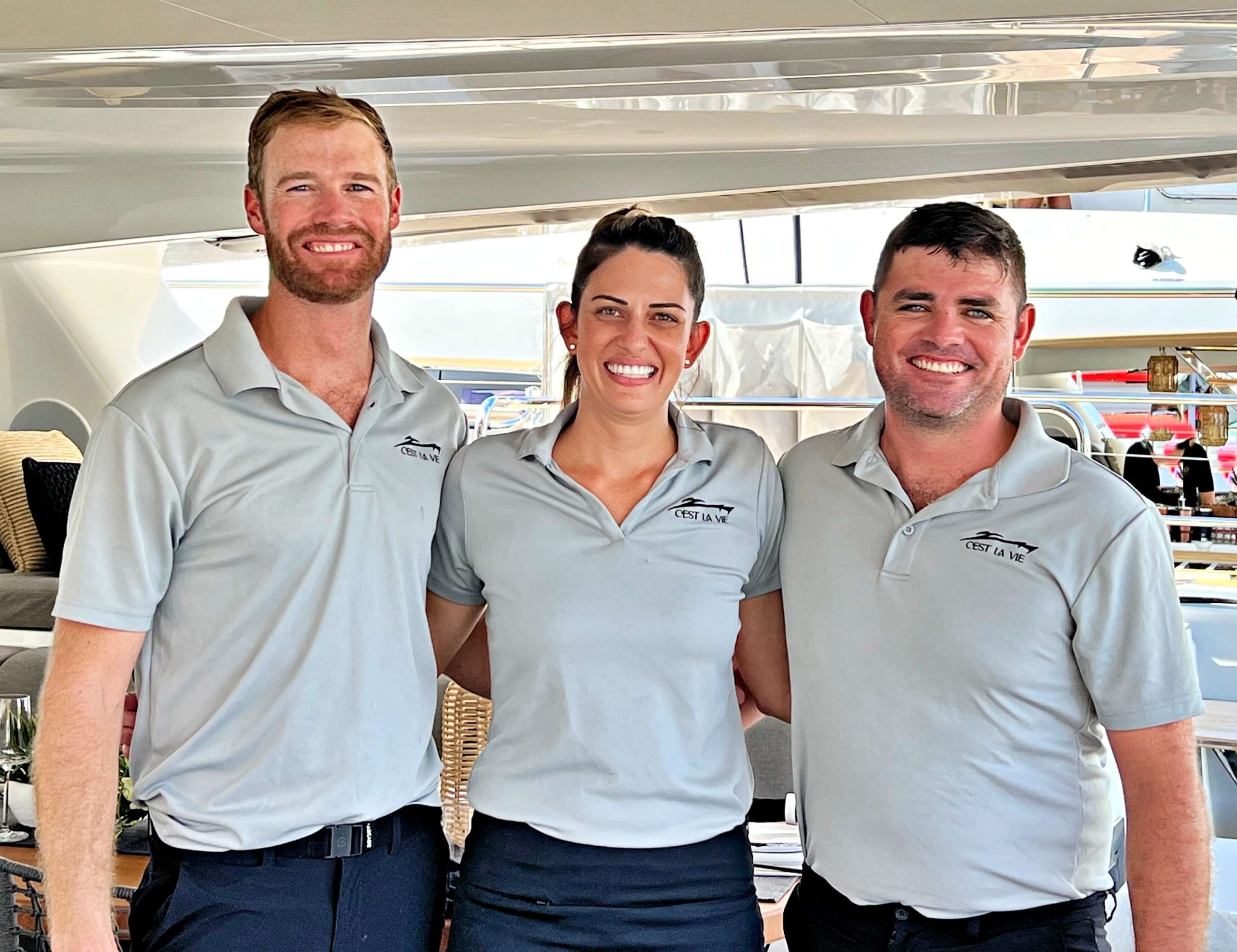 What an utterly incredible week! Thank you guys; you made it a totally perfect trip. The hikes, meals, water sports, sunsets, sunrises and just always with a smile and a laugh. It simply couldn’t have been better. Best crew & best boat.

Words really do not do justice to how much we have enjoyed our week on board with you all! We have had such an amazing time-amazing dives, snorkeling, e-foiling together with some fabulous fabulous meals and excursions. Wishing you all a wonderful rest of the season-your future charters are in for a treat, we honestly can’t thank you enough-you made this trip! See you in 2023!

We just got back from a week long charter aboard with the crew and it was amazing! We don’t have the words to adequately describe how fantastic the experience was. The C’Est La Vie is a beautiful boat and a great place to call home for a week. She is comfortable and pristine with plenty of space and toys to spread out, relax and enjoy the surroundings. Surroundings which include sun filled days, white sand beaches, and beautiful blue waters- in other words a picture post card. That is just the backdrop for the crew to work their magic! They are warm and welcoming hosts that put us at ease from day one. Their hospitality, attention to detail and mixology and culinary skills have to be experienced to be believed. They had us spoiled. It was like eating in the best restaurants in town every night!! This was meant to be a once in a lifetime trip for us, but this was such an amazing adventure, we can’t imagine not doing it again!!"